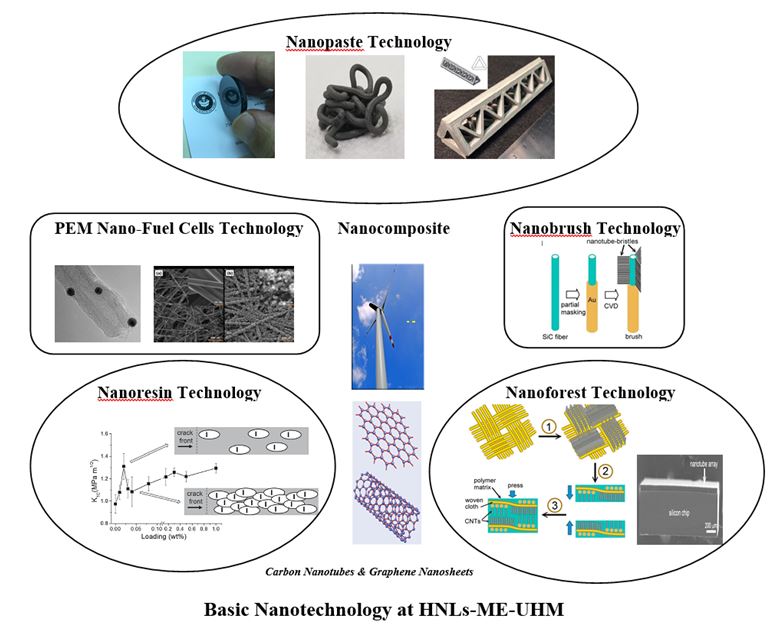 The author thanks his funding agencies:  NASA, Army, Air Force, Navy, Goodman Technologies, and Advanced Silicon Carbide Materials, as well as his MS and PhD students and Post-Doctoral Fellows throughout these projects.

Mehrdad N. Ghasemi Nejhad is Professor and Director of the Hawaii Nanotechnology Laboratories at the Department of Mechanical Engineering (ME) of the University of Hawaii at Manoa (UHM). He received his Ph.D. degree in ME and Center for Composite Materials (CCM) from the University of Delaware (UD-1992). He is an invited speaker, contributor, and reviewer of journal articles in nanotechnology, composites/nanocomposites, smart structures, and renewable energy, and is the Associate Editor for Journal of Thermoplastic Composite Materials.

Dr. Ghasemi-Nejhad is an ASME Fellow, Boeing Welliver Faculty Fellow, and has been a member of ASME, SPIE, ASC, SAMPE, and SAE.  He is a member of Adaptive Structures and Material Systems (ASMS) of ASME/Aerospace, Co-Chair/Chair of ASMS Symposium in ASME/IMECE (2006-2007); Chair of the First ASME International Conference on Multifunctional Nanocomposites (2006), and Co-Chair/Chair of Active and Passive Structures and Integrated Systems for SPIE Conferences (2008-2009/2010-2011).  He has also been student faculty advisor for SAMPE, ASME-HPV, and SAE Mini Baja/Supermileage/Formula/AeroDesign senior projects. Prof. Ghasemi-Nejhad was the ME Chair (8 years) and the ABET Chair (about 20 years).  He has over 170 publications in nanotechnology, composites/nanocomposites, smart structures, and thin films, including publications in Nature Materials and Science, and has five national/international patents with another four pending, in nanotechnology and composites/nanocomposites.

Dr. Ghasemi-Nejhad is a recipient of Block Fellowship (UD, 1990), DuPont Fellowship (1991), Scholars Award (CCM, UD, 1991), Presidential Citation for Meritorious Teaching (UHM, 1998), ASME Region IX Outstanding Faculty Advisor Award (2001), Best Paper Award in Mechanics of Materials (ASME/Aerospace-ASMS, 2007). With his students, he won the HPV National Championship in 1995 and 1997. He is one of the inventors of the Nanobrush, “World’s Smallest Brush”, certificated by the 2007 Guinness Book of World Record.  He has won the UHM Business Plan Competitions (2008 & 2012), and subsequently founded two start-up companies.